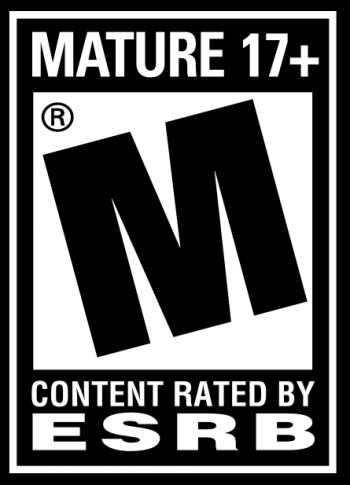 Video game violence has intensified since the 1990s, but surprisingly, media concern about said violence has dropped significantly.

Update: In an email correspondence with The Escapist, Greg Perreault noted that while he hasn't extended his research to non-gaming outlets, he believes violent video games have become a trope to the mainstream news media.

"Non-gaming outlets tend to attach games to violent events," he writes. "It's a very convenient scapegoat whenever someone does something crazy and it prevents journalists (not always, but many times) from asking the harder questions. One thing my paper argues is that new technologies always create a sort of 'cultural anxiety' -- we're always as nervous as we are excited about entertainment technologies. And we have to remember that compared to film, television, print and radio, video games are still fairly new. That said, it has really taken our country by storm.

"Journalists are always very interested in knowing whether the perpetrators of violent crimes have played video games -- well, the answer is almost always going to be 'yes' because the vast majority of the country has played video games."

Perreault will present his findings at the International Communication Association conference this May in Seattle.

Original Story: Since you're reading a video game-oriented website, I expect you've become used to the standard media outcry over violence in games. In recent years, this debate even seems to have intensified, with various outlets linking violent games to real-world tragedies while implying the former causes the latter. As we've reported, it's not usually that simple, but 20 years ago, violence in games was commonly chastised by the gaming media itself. According to University of Missouri researcher Greg Perreault, criticism of violent video games within the community has dropped dramatically since 1990, even as the technological capabilities to render violence increased.

"Early in the '90s, when video games were still a relatively new medium, journalists expressed quite a bit of concern about the level of violence in many of the games," Perreault explained. "It is interesting because the simulated violence in these games was so mild relative to modern-day games."

For his research, Perreault studied back issues of GamePro Magazine to see how journalists reacted to violent video games of the time. In the 1990s, when games were marketed primarily to children and violence was limited by technology, journalists expressed a high level of concern over simulated blood and gore. But as the gaming population aged, criticism of violence quickly dropped, even as the technology that rendered violence become more sophisticated.

"As technology improved and the animations became more and more life-like, game creators had increased capability to design more graphic violence, including blood and gore," Perreault continued. "Despite this increasing amount of violence, journalists seemed to be less and less bothered by the blood and guts. This is important to note because journalism often mirrors the culture of the audience it serves. As technology improved, the entire gaming community became more and more comfortable with the levels of violence that were simultaneously increasing in video games. In a sense, the gaming community grew up. They aged from children using video games as toys to adolescents and adults using them as recreational devices. It appears that journalists reflected this trend in their writing."

Perreault's research doesn't mean that violent video games aren't being criticized by anyone; non-gaming media sources still malign the hobby from time to time. That said, it shows that the gaming media has gone through significant changes as its audience ages. For example, Perreault notes that the ESRB rating system was once largely opposed by games journalists. Now, we tend to embrace it when anyone says violent games aren't for children, pointing to the Mature rating and saying "Well, duh."

"Similar trends can be found in the increased number of 'R' rated movies as well as the popularity of gangster rap and other violent music," Perreault concluded. "Video games are just another way our culture is expressing itself."