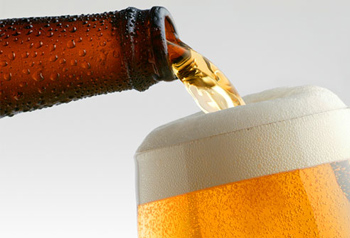 Research found that geotagged tweets about beer and wine accurately represented the histories and practices of beer and wine production in the United States.

University of Kentucky geographers examined beer preferences in the United States through an examination of the "beer space" on Twitter. Researchers set out with the goal of comparing the Twitter maps with the history of various regions and the cultural practices of beer production.

One million tweets sent between June 2012 and May 2013 from US residents (not including Alaska and Hawaii) were collected for their containment of the keywords "beer," "wine," and a range of top-selling or well-established brands of cheap light and pale lagers. The tweets were selected from DOLLY (Digital OnLine Life and You)'s database repository of the University of Kentucky, which has collected six billion geotagged tweets sent worldwide since December 2011.

Examination of the tweets showed a dominance of brands like Bud Light and Coors Light on Twitter, with Bud Light being more popular in the eastern parts of the U.S. while people in the west, especially in Colorado and surrounding states, prefer Coors Light. Tweets from the Midwest often included Miller Light, and the Southern border regions spoke of Corona and Dos Equis.

The researchers also examined wine-related tweets, many of which originated from the wine production regions of Washington, Oregon, and northern and central California. People living in the eastern and western coasts of the U.S. were more likely to tweet about wine than beer, while residents of the Midwest, Kansas, Oklahoma, and Texas were more likely to tweet about beer.

The findings are presented in more detail in a chapter written by University of Kentucky geographers Matthew Zook and Ate Poorthuis in The Geography of Beer.