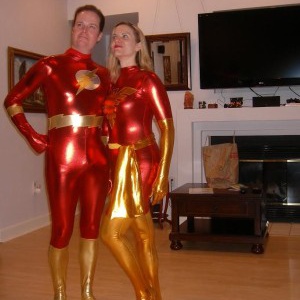 A Florida Republican's LARPing is being used against him, but his response, and the national reaction, suggests nerdy stuff won't be fair game for much longer.

Editor's Note: I've removed the more inflammatory language which was originally in this post. We usually give a lot of leeway to our writers to express their opinions on news, but I felt a line was crossed by using epithets. We'll continue to keep a keen eye on our news and revise when necessary. Thank you to those readers who pointed out this post to me. - Greg Tito

When one is running for congress, it helps not to have any embarrassing skeletons in one's closet. You want to avoid cheating on too many of your wives, you probably want to avoid picking up a nasty cocaine habit until after you're elected, and you definitely don't want to be a chronic dicpic sender. But how far must people police themselves to ensure they aren't ritually humiliated before the crusading hypocrites of America's moral guardians? Supporters of Gainesville, Florida Republican congressman Ted Yoho hope the answer is "anything we consider weird", but it looks like they might be wrong.

An aspiring Republican politician named Jake Rush (that's him dressed as The Flash), who hopes to replace Yoho in the upcoming primary later this year, has found himself in the middle of a mild freak out thanks to his cosplay hobby and his participation in Vampire: The Masquerade. Rush, a member of the Mind's Eye Society (fans of The Camarilla) was outed yesterday as a LARPer in what can only be called a creepy hatchet job published on Saint Petersblog.

The post itself is a wonder to behold: filled with breathless (and frankly hilarious) astonishment, it rips into Rush's role playing in tones normally reserved for accusing people of communist sympathies in the 1950s. If, that is, the person writing the screed had never actually heard of communism prior to flipping out about it:

Mind's Eye, or MES, is a nationwide community of gothic-punk role-players who come together to take on personas of vampires and other supernatural beings (known as Kindred), dealing with night-to-night struggles "against their own bestial natures, hunters, and each other."

MES has a number of different sects, with names such as Vampire: The Requiem; Vampire: The Masquerade; Changeling: The Lost; Geist the Sin Eaters; New World of Darkness and Werewolf the Forsaken, among others.

Note the scare quotes? The full post is well worth a read - in addition to what amounts to blatant shilling for Rush's primary opponent, it takes a shallow look at the shibboleths of Rush and his LARPer pals, drawing attention to several posts he made to the Mind's Eye Society's wiki (sans context of course), as well as ridiculing him for his nom de jeu, "Chazz Darling." "Rush is certainly living a double life," the post exclaims. "One that would rival Jekyll and Hyde - except it is all too real."

The story quickly went national, though the reaction of most publications has been more bemusement than shock. Closer to home, a longer article appeared in The Gainesville Sun that took a slightly less critical position, but still treated LARPing as a kind of alien concept. Perhaps understandably, when speaking to The Sun Rush at first appeared to downplay the matter. Fortunately for sanity (if not for the voters of Gainesville, who are essentially arguing about which Republican to send to Washington), he soon defaulted to a refreshing lack of apology or embarrassment. In a press release issued late yesterday, Rush expressly defended not only himself, but his LARPing without apology. We've excerpted his statement here:

As a straight shooter, yes, I play and have played video games, role playing games, board games, Yahtzee, Clue, and I have acted in dozens of theatre productions," states Jake Rush.
...

"All my life, I've been blessed with a vivid imagination from playing George Washington in elementary school to dressing up as a super hero last Halloween for trick or treaters. Any cursory review of the Internet will show that I have played heroes and villains," continued Jake Rush.

"As a practicing Christian, I am deeply offended that the opposing campaign and their supporters would take a gaming and theatre hobby and mischaracterize it," continued Jake Rush.

"The very definition of acting is expressing ideas and thoughts that are not your own, just like I don't believe I am MacBeth, which I have played, I am none of the characters," continued Jake Rush.

"Bottom line - There is nothing wrong with being a gamer. 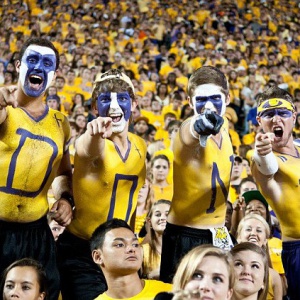 This isn't the first time in recent memory someone's gaming habit has been used against them. In 2012, Maine Republicans attempted to derail the State Senate campaign of Democrat Colleen Lachowicz by turning attention to her World of Warcraft hobby. That effort failed, and Lachowicz won her election. Of course, Central Florida is a far different place from Maine. The region is far more conservative, and Yoho, a Tea Party Republican who himself unseated an incumbent in 2012, is now talked about as a potential Gubernatorial candidate. He's also secured the endorsement of Rand Paul and appears to be popular with constituents. Rush may yet lose his bid to unseat the man. But even if he fails, Rush's refusal to act as though there's anything wrong with Cosplay and LARPing is heartening.

If nothing else, it's evidence that much like with serious social issues such as gay rights and sexual freedom, the world is changing far faster than the get-off-my-lawn crowd can process. After rock and roll, comic books, rap music and That New Sex The Teens Are Having were all exhausted as reliable sources of unhinged moral outrage, gaming reliably filled the void for almost two decades. But now it looks official: gaming is a mainstream pastime to the point that even conservative Republicans are willing to proudly declare their enjoyment of it.

This is a nice change from the usual conversation, which assumes that putting on full body paint before getting rip-roaring drunk at a sporting event is an appropriate activity for fully-grown adults, but expressing creativity by making elaborate costumes and role-playing is just strange and creepy. It's also an important lesson for people with political aspirations: The day will soon come when the people trying to make hay out of your pastimes will look weirder than they're hoping you do. So go crazy.