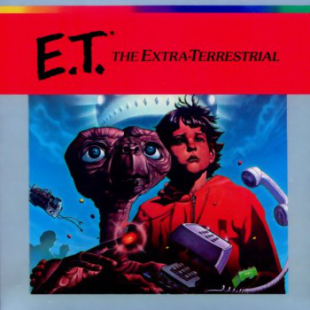 The hunt for the buried E.T. Atari 2600 cartridges is back on, according to Alamogordo News.

Back in March, we reported that the excavation was halted due to environmental concerns, after the New Mexico Environment Department said the initial dig plan was too lacking in detail.

That dig is back on, after the involved parties submitted a new dig plan that meets several new specific conditions. Xbox Entertainment Studios, Fuel Entertainment, and LightBox Entertainment, the three companies that want to excavate (and film said excavation) must notify the NMED five business days before starting the dig. All three companies must also "...register as certified or commercial haulers of waste with the NMED before they can remove any waste from the site."

A Microsoft spokesperson told Alamogordo News that plans for the dig are being finalized this week, so hopefully we'll get our eyes on some partially-decomposed E.T. carts in the coming weeks.

E.T. The Extra Terrestrial was one of the great movies to come out of the 1980's, but the same cannot be said of its video game adaptation. The licensed Atari is a "classic" in the sense that it's one of the biggest video game flops of all time, and is considered by many to be the worst video game ever released. Because of the success of the film, Atari manufactured more copies of E.T. than there were Atari 2600's sold, which led to an extreme surplus of cartridges. This surplus was, reportedly, disposed of in the Alamogordo landfill.