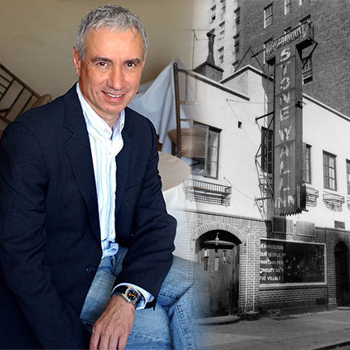 Roland Emmerich, best known as the director of big-budget action films like Independence Day and White House Down, is moving ahead with Stonewall; a historical drama which will focus on the early days of the gay rights movement. The film is a passion project for the openly-gay, politically-active filmmaker, who has been trying to assemble a "Stonewall" project for over a decade.

The Stonewall Riots refer to multiple public demonstrations and clashes between police and members of the gay community over several days in Greenwich Village NY after a police raid of The Stonewall Inn, a local gay bar, in June of 1969. The events are commonly considered to be the birth of the organized gay-liberation and gay rights movements.

War Horse star Jeremy Irvine has the lead role as a rural teenager who moves to New York and becomes politically awakened after being swept up in the riots. Emmerich will direct from a script by playwright John Robin Baitz while preparing his next feature, the long-awaited sequel to Independence Day.