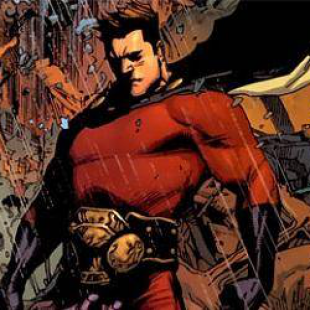 Mark Millar's comic series Superior will receive a big screen adaptation. While many details, such as who will write the film, are still up in the air, it's been announced that Twentieth Century Fox has acquired the rights to transform the series into a film.

Millar, of course, is no stranger to the process of Hollywood adaptation. Several of his original franchises, including Wanted and Kick-Ass have already been made into movies. A movie version of his book Secret Service is also set to release later this year. Superior, in turn, has apparently been a hot commodity that Fox has been eagerly pursuing.

All of this said, the film version of Superior is likely still a ways off. As of the moment, it's been confirmed that Kick-Ass director Matthew Vaughn will serve as a producer for the film. Beyond that however there's no word as to who its potential writer and director might be.

The prospect of a movie adaptation also brings the unavoidable anxiety about how faithful the film will be to the book. For those not in the know, Superior followed the exploits of a 12-year old boy with multiple sclerosis who uses a wish (given to him by an alien monkey) to transform into a superhero. Of course, violence ensues, including a fairly big clash between the story's hero and another super-powered baddie. Granted, he is a full-fledged superhero during the action bits of the story, but somehow we could still imagine some higher up taking issue with a 12-year old getting beaten around. Then again, if one studio can faithfully adapt Hit Girl, then Superior probably shouldn't be that big of a deal.