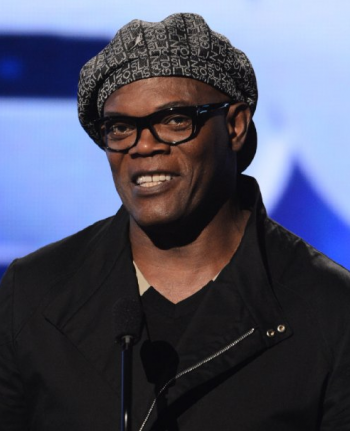 Update: The Gawker lawsuit has been dismissed, though Tarantino has the option to re-file at a later date.

Remember that Gawker lawsuit? Well, you can forget it; at least, for now.

The Gawker lawsuit is still pending, and Quentin Tarantino's still pretty pissed that The Hateful Eight's script got out into the wild before he was ready, but that won't stop him filming it. The Hateful Eight enjoyed a world premier live script reading this weekend, and while it isn't the finished version - second draft is in the works, and after that the third - Tarantino's already talking about how good it will look in 70mm film.

There will be changes. "The Chapter 5 here will not be the Chapter 5 later," Tarantino told the 1,200 strong Hollywood crowd that paid up to $200 a pop to attend, "so this will be the only time it is seen ever." Samuel L. Jackson, Tim Roth, Kurt Russell, James Parks, Amber Tamblyn, Michael Madsen, Denis Menochet, James Remar, Walton Goggins and Bruce Dern made Tarantino's script come alive for two and a half hours; Russell is the Hangman, taking Tamblyn's criminal Daisy Domergue into Red Rock for trial, while Jackson is Major Warren, Russell's bounty hunter partner.

It was a hell of a night, with Tarantino shouting out stage directions and cast members using coffee mugs as six guns. "Guys, you are starting to drift away from the dialogue on the page," said Tarantino at one point, to a gust of laughter from the audience, "No more co-writing!" Jackson, previously seen in Django as a slave complicit in his master's activities, had all kinds of fun as revenge-driven former Union officer Warren, especially when butting heads with Dern's ex-Confederate General Smithers.

If you were wondering whether there'd be clips on YouTube, the odds are against it. Everyone had to give up their cell phones and anything else electronic before they were allowed into the theatre. As for the Gawker thing, that won't get to court until 2015, assuming Gawker and Tarantino don't come to some kind of agreement before then.