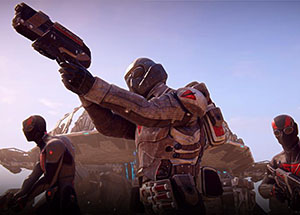 Sony Online Entertainment has announced that it will be pushing the launch of its planned All Access subscriptions to April 29th to allow for more testing.

Sony Online Entertainment has announced that it will again be delaying the launch of its planned All Access subscription model. SOE had initially intended to launch the new subscription model on April 2nd. This date, however, would eventually be pushed back to April 16th only to be followed by a second postponement that moved the service's launch back once more to April 23rd. Eager fans had understandably hoped that this would be the end of delays. That said, the company, speaking yesterday in a forum posting has revealed that the subscription plan's start is being delayed at least one more time.

"In an effort to ensure that the transition to the new All Access membership plan is as seamless as possible, we are going to be taking a little more time to test," said SOE. "We will be pushing the launch date of All Access to Tuesday, April 29th." The company also affirmed that this delay could prevent it from completing "any individual game updates" to games included in the All Access portfolio. These could include EverQuest, EverQuest II, Planetside 2 and DC Universe Online. Updates to these games should "resume normally after the All Access launch."

Originally announced back in January, the All Access subscriptions (once they actually go live) will give SOE customers total access to all of the company's MMOs. Costing only $14.99 a month, it's SOE's hope that full access to the entirety of its numerous popular and prominent titles will help to entice new customers and keep current ones coming back for more.