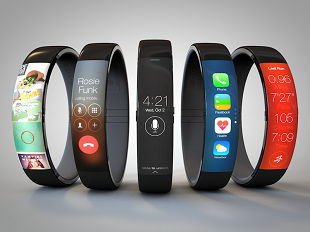 Apple will have a wholly new product out before the end of 2014. Smartwatch? TV? iFlux capacitor?

In a chat with the Wall Street Journal, Apple CEO Tim Cook has reiterated that his company will enter a new product category before the end of 2014. The "what" and "when"? That's still up for speculation.

"You want to take the time to get it right," said Cook. "Our objective has never been to be first. It's to be the best. To do things really well, it takes time...It's the way we've operated for years and it's the way we still operate. I feel great about what we've got coming. Really great and it's closer than it's ever been."

While specifics on the product and the exact release date are still unknown, many believe Apple will release a smartwatch by year's end. With Android-based smartwatches finally gaining serious traction in 2014, a iOS-toting iPhone companion would be welcome in the marketplace. The Pebble, which started as an iOS-only companion watch (but now supports Android phones), has been very well-received, so an Apple-branded watch could expect a similar reception.

There's also the possibility of an Apple-branded TV being released, with rumors about Apple panel purchasing being a regular occurrence.