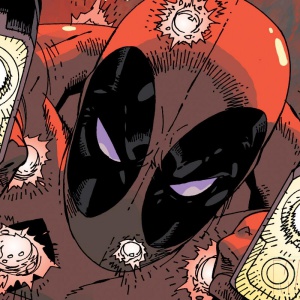 But comments by Simon Kinberg suggest they've considered it.

We all know that Fox and Sony would love to do with their licensed Marvel properties what Marvel has done with the Marvel Cinematic Universe. They probably won't succeed, however, but of the two studios, Fox probably has the biggest advantage in that unlike Spider-Man, the X-Men and Fantastic Four properties constitute a diverse enough universe on which multiple franchises could be based.

Of course, the problem is that Fox has made genuinely terrible films based on the X-men and Fantastic Four franchises so consistently you'd think that was the whole point*. But because people continue to flock to these movies despite that unhappy fact, they still have ownership of some of the Marvel Universe's coolest characters. One of these characters is Deadpool, last seen played by Ryan Reynolds in X-Men Origins: Wolverine.

Deadpool is a somewhat interesting character, a parody of the grimdark antiheroes that made 90s comics so insufferable and a seemingly good fit for film in the post-MCU era of less self-serious comic films. Of course, a Deadpool stand-alone film has been 'in development' for years, with Ryan Reynolds set to reprise the role and visual effects artist Tim Miller attached to direct. Reynolds has been pushing hard behind the scenes for such a film to be given an R-rating, and at least one person involved with this potential movie thinks it should be.

Speaking to Collider at C2E2 in chicago, X-Men: Days of Future Past screenwriter Simon Kinberg was asked about the expansion of Fox's superhero films and the possibility of making an R-rated Deadpool. Here's what he said:

Yeah, it makes sense to me. Genuinely it's early phases, early days, but if you're gonna do a Deadpool movie, I think you've gotta do a hard-R, darker movie and he is the perfect character to do it with.

The prospect of an adult-oriented Deadpool movie is indeed awesome. But here's the thing: it's probably not going to happen.

The fact is, R-rated comic book super hero movies are big risks. 2008's Punisher: War Zone didn't break $10 million, and while Kick-Ass and Kick-Ass 2 were both successes, they also weren't burdened by association with an existing franchise. Making the film R-rated locks out a lot of people whose main interest in seeing it comes from having liked the 2009 PG-13 film it is a semi-sequel to. But more importantly, Ryan Reynolds has not had what one might call a great track record as an action movie/blockbuster headliner since he last played Deadpool. His Green Lantern barely turned a tiny profit on its $200 million budget, and the recent RIPD was an embarrassing flop. Not exactly someone studios will confidently feel can open an R-rated comic book film.

But it's cool at least that the people who might make the film are at least thinking in the right direction. Even if, of course, we know if it's anything like most of Fox's super hero movies, it's going to be terrible (assuming it ever gets made.)

So readers, what do you think? Is R-rated Deadpool something that perks your interest up? Do you even care one way or the other? And why the hell can't someone who is as likable and funny as Ryan Reynolds manage to be in movies that don't suck?

*I realize that The Amazing Spider-Man is not good. But we can all agree that Sony originally got it right with Sam Raimi's first two Spidey films, right?