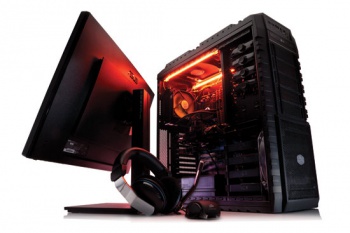 "The big difference is that consoles are now the luxury item and PCs are the necessity. Just a few years ago the reverse was true."

Despite dying every couple of years, PC gaming is still holding strong, providing offerings that are simply impossible for consoles to replicate. Industry analyst DFC Intelligence owner David Cole says that the PC's foothold in the industry is even bigger than that, claiming that revenues for PC games have surpassed that of all the consoles combined. He says the main reason for this is that most console owners also game on PC, but the reverse is not often as true.

"Among core gamers there is a heavy overlap with most console gamers also playing on a PC," Cole told PCR, adding "The big difference is that consoles are now the luxury item and PCs are the necessity. Just a few years ago the reverse was true. This means PCs have the broader audience."

The news comes after DFC published its latest quarterly paid-for report on PC gaming revenues and usage. As for what games are making all that money, well, it should be pretty obvious to most PC gamers. "The MOBA games League of Legends and Dota 2 dominate everything else by an order of magnitude in terms of more usage than other products," said Cole. "In the first part of 2014 we saw some signs that may change with the introduction of new titles and some increased play of games outside the MOBA category."

"We can say that our top 20 list for 2013 had no titles released that year and in Q1 2014 we saw three new titles crack the list: DayZ, Rust and Hearthstone."

Cole said that Europe, with its love of free-to-play games, has been a big driver of PC trends, and that the next-gen console's PC-like architecture means that an increasing amount of triple-A titles from the US will be available on both PC and console.

The findings make sense to me, as most console gamers that I know also own a PC to partake in its many exclusives, particularly League of Legends and Blizzard titles.