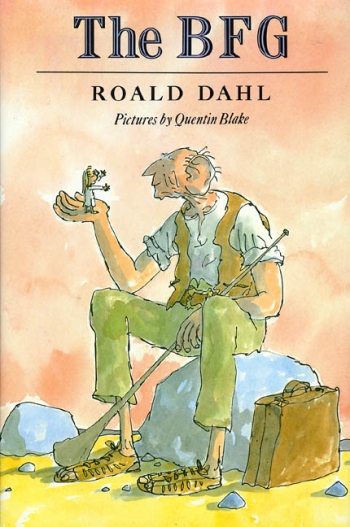 Roald Dahl's The BFG (Big Friendly Giant) is getting a live action film.

Director Steven Spielberg has committed to direct the live action adaptation of Roald Dahl's The BFG. The children's book tells the story of a young orphan, Sophie, who is befriended by the titular Big Friendly Giant. The adapted script is penned by Mellissa Mathison, whose previous work includes the script for Spielberg's classic film E.T.. Dreamworks acquired the rights to The BFG in 2011. With Spielberg now attached as director, filming will begin in 2015. The BFG is planned for a 2016 release.

Spielberg has been out of the director's chair since Lincoln in 2012. The 2015 start for The BFG leaves Spielberg room to direct another film. Development is currently underway on several projects for Spielberg to direct, including an unnamed Cold War picture starring Tom Hanks. Based on a true story, Hanks would star as James Donovan, an American attorney who negotiated the release of a downed spy plane pilot. Hanks has previously starred in several Spielberg films, including Saving Private Ryan and Catch Me If You Can. Scripts for two historical dramas are also in development (The Kidnapping of Edgardo Mortara and Montezuma), but neither script is complete. Spielberg has not announced which project would come before the Dahl adaptation.

Dahl's The BFG has had one other adaptation. An animated, made-for-TV movie was produced in 1989 in the UK. The popular children's book was first published in 1982, with illustrations by Quentin Blake. In the book, the Big Friendly Giant, whose job is to deliver good dreams to children, steals Sophie away one night. The giant comes from a fantastical land, where larger and much less kindhearted giants dwell. I'm excited to see another Dahl adaptation, especially in the capable hands of Spielberg. What do you think, could The BFG be as big a hit as E.T., Spielberg's other child-meets-fantastic-creature flick?