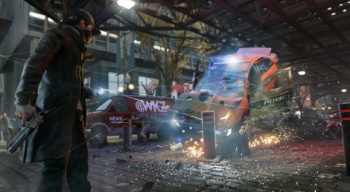 Thinking about buying a new graphics card for your PC? Nvidia and Ubisoft just sweetened the deal with one of 2014's most anticipated games.

Participating North American retailers include Newegg, Amazon, and NCIX, as well as eVGA's own retail site. PC builders like Origin PC, Digital Storm, Maingear, and iBuyPower are also in the mix.

For a full list, and to see which overseas retailers are participating, head over to the Nvidia Watch Dogs landing page.