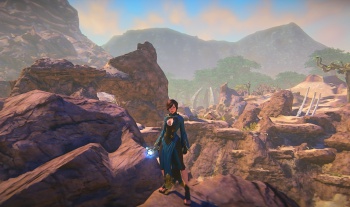 Sony Online Entertainment is changing the rules of the MMO model, offering nine subscriptions for the price of one.

Everyone says that the subscription model of MMO games is dying (with that one notable exception), but that might not be the case - we might just need more bang for our monthly buck. Sony Online Entertainment is shaking things up in the MMO world by doing just that with its new and improved All Access program: one $15/month subscription nets you an account (or premium account, depending) in each of SOE's ever-growing collection of online games.

All Access members (a group that now includes anybody with a subscription to any of SOE's games) instantly get upgraded to premium accounts in EverQuest, EverQuest II, PlanetSide 2, DC Universe Online, and Vanguard: Saga of Heroes. Dragon's Prophet will be added to the list very soon (whenever its developer and SOE figure out the details). Any future SOE titles will presumably be included in the program as well, and the publisher has already confirmed the inclusion of the upcoming EverQuest Next, Landmark, and H1Z1. That's a lot of game.

As a cherry on top, SOE will be releasing the original PlanetSide as a free-to-play game alongside the All Access release. It's the classic PlanetSide, untouched - you won't see any microtransactions, but there also won't be much in the way of continued support.

All things considered, this is a pretty brilliant move on SOE's part. By expanding subscribers' libraries of available titles, it's much more likely that gamers will stay with SOE even after they get bored of one or two MMOs. And since most people don't have time to keep up with two MMOs at once, the publisher probably isn't losing much money from dual-subscribers. What do you think: is 15 years' worth of MMOs worth paying a few bucks every month?