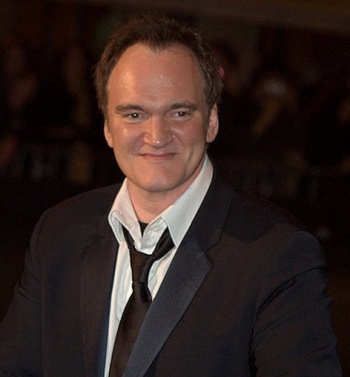 Soon after The Hateful Eight's script reading came the news: Tarantino's case for copyright infringement against Gawker, the site that posted and spoilt his script, was dead in the water. Tarantino has amended his complaint and is going after Gawker again. Gawker crossed the journalistic line, he alleges, and now the courts have to decide whether a news site that downloads copyrighted material is infringing on the rights of the author.

The complaint goes on to say that Gawker also publicly induced its 47 million readers to do the same, and that when a takedown notice wiped the file from AnonFiles, Gawker amended its links to point to new file host locations.

Tarantino points out that if Gawker had simply said there was an illicit script download out there somewhere, without saying where, that would have been legitimate news reporting. By requesting a reader send it the file, and then linking it for all its readers to see, Gawker crossed the line.

Gawker is still reviewing the amended complaint and has yet to comment. Tarantino meanwhile will be going ahead with The Hateful Eight, but the ending will be drastically changed.

"Gawker has made a business of predatory journalism, violating people's rights to make a buck," the lawsuit claims. "This time they went too far." If successful, Tarantino wants more than $1 million in damages.