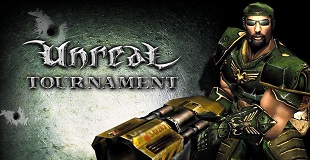 According to Mark Rein's Twitter account, Epic Games is going to announce something related to Unreal Tournament next week.

The tweet, posted a few hours ago, promises a comeback for the franchise, which has been dormant since the release of Unreal Tournament 3 in 2007.

Rein then pointed to Paul Meegan's Twitter account, where the Epic VP of Product Development teased a Twitch stream. The stream is called "UE4 Dev Community + Epic. The future of Unreal Tournament," and it's happening on Thursday, May 8th at 2PM EST.

Talk of a free-to-play Unreal Tournament game has been swirling for months, even years. If not a rumor, it's been requested in more NeoGAF threads than you can shake a stick at. Will Epic finally announce a competitor for the established Quake Live? One can only hope...

We'll keep an ear to the ground for more UT news in the coming days.