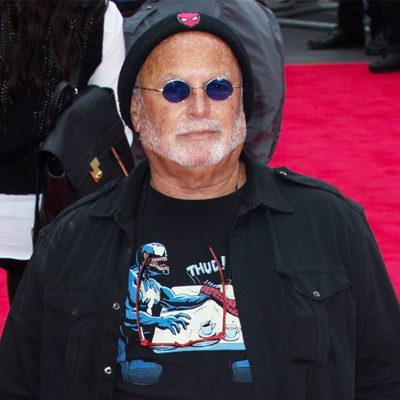 "It will sound arrogant to you, but I single handedly put together the Marvel slate." -- Avi Arad, Producer

It's already ancient history in the microscopic memory of Hollywood, but before Marvel Studios was a money-printing juggernaut and prized possession of The Mouse House it was a tight-budgeted independent co-production deal that no one in the industry thought would work. Using the yet-unsold film rights to ten of their (mostly) lesser-known characters as collateral with investment firm Merrill Lynch, Marvel secured funds to independently produce (with Paramount Pictures initially signed on as distributors) a slate of films based on a selection of said characters in an ambitious shared-universe plan that we now know as The Marvel Cinematic Universe.

In most official versions of the Marvel Studios Legend, credit for masterminding the unprecedented plan usually goes to Marvel President Kevin Feige, who was elevated to that role after former President Avi Arad stepped down to produce his own projects - chiefly the Spider-Man series, the rights to which had been sold to Sony during his tenure. In many common accounts of the time, it's suggested that Arad left chiefly because he was not confident that the Avengers experiment would work.

Since then, Feige's Marvel has grown into one of the most powerful brands in the industry while Arad's rebooted Spider-Man series, though profitable, have twice opened to mixed reviews and box-office debuts below the expectations of some analysts. Arad is, suffice it to say, not happy about that version of the story... and now he's gone very public about it.

At issue is an April 3rd Businessweek article that retells the "official" version and dubs Feige "The Man Who Saved Marvel." Arad took to email to unload on the report's author; claiming that his departure had nothing to do with a lack of confidence, blasting the reporter for "kowtowing to your business gods" and implicitly accussing both Feige and Marvel of not telling the truth about his resignation - though does not offer an alternate explanation of his own.

The letter was made available to French publication Daily Mars on May 2nd and subsequently reported on by popular U.S. movie news site Latino Review on May 4th. At this time, neither Marvel Studios nor Kevin Feige have issued a response.