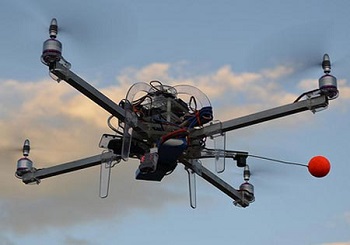 NPS says drones scare wildlife, ruin nature for everyone not operating a drone.

In a post to the Yosemite Park News site, the NPS says the use of drones directly goes against federal regulations. "The use of drones within the park boundaries is illegal under all circumstances. Thirty Six [Code of Federal Regulations] 2.17(a)(3) states, 'delivering or retrieving a person or object by parachute, helicopter, or other airborne means, except in emergencies involving public safety or serious property loss, or pursuant to the terms and conditions of a permit' is illegal. This applies to drones of all shapes and sizes."

The NPS goes on to say that drones "impact the natural soundscape," found in Yosemite, and the noise can impact the park for nature lovers, and animals alike. Among other fauna, Peregrine Falcons, who nest on cliffs, were specifically referenced (likely due to the number of climbers who use drones to capture their endeavors).

Not being a federal park expert, I can only guess this drone regulation applies to all NPS-controlled parks, unless specifically stated otherwise.

But nothing's to stop you from using your drone to capture some sweet parkour moves, right? Just do it in your local concrete jungle.