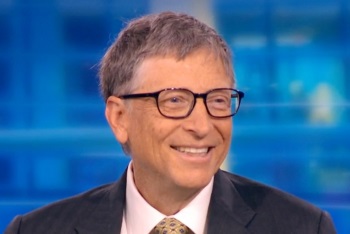 Microsoft founder Bill Gates says he'd "absolutely" support a decision to spin off the Xbox business, leading his former company to quickly insist that it's not actually considering it.

There's been a lot of talk over the years about the possibility of Microsoft spinning off its Xbox division, and it's only strengthened in recent months with the ascension of Satya Nadella to the post of CEO. But what Bill Gates says still matters, and in fact it turns out that he's been spending a not-inconsiderable amount of his time offering his counsel to Nadella.

"He's off to a great start," Gates said during a Fox Business interview. "He has used more of my time than was the case before, and I'm enjoying going and giving some advice, but he's reexamining all the things. He's already made some really good changes. It's exciting to have some young blood - new thinking."

When questioned about the possibility of spinning off some Microsoft businesses, particularly the Xbox division, he initially sounded a bit hesitant. "We're taking PC gaming - Windows gaming - and Xbox gaming and bringing those a lot closer together," he said. "The power of the PC graphics chips means you can do great games there. So I'm sure Satya and the team will look at that, and it's up to them, but we're going to have an overall gaming strategy, so it's not as obvious as you might think."

When asked if he would support a decision to spin off the Xbox business, however, he was far more forthright, replying, "Absolutely."

It was the only possible answer to the question - anything else would seriously undermine the authority of a guy who's been in the top job for just a few months - but it was still enough to get Microsoft scrambling to reassure people that it is not actually thinking about setting the Xbox free.