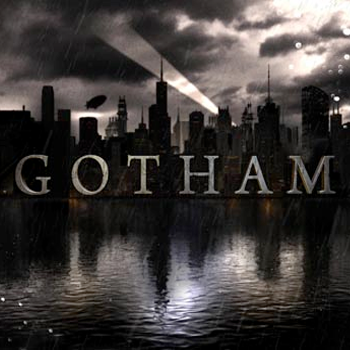 Security is still locked down tight around the Batman universe's next movie incarnation in Superman Vs. Batman, but audiences will get a look at a small-screen vision of Gotham City much sooner: Fox Network today announced a series order for Gotham, a Warner Bros-produced police drama set in the infamous DC Comics locale years prior to the appearance of The Batman.

Envisioned as a dark crime show with comic-book overtones, the series will focus on future Police Commissioner James Gordon (Ben McKenzie) during his days as a rookie detective on the Gotham police force. He will encounter crimes and mysteries related to future Batman villains such as Oswald "The Penguin" Cobblepot (Robin Lord Taylor) and the recurring presence of Bruce Wayne himself, at this point still a child played by 13 year-old newcomer David Mazouz. Other notable characters (thus far) include Donal Logue as Det. Harvey Bullock, Jada Pinkett Smith as crimeboss Fish Mooney, Sean Pertwee as Alfred Pennyworth, Erin Richards as Barbara Kean and Carmen Bicondova as a teenaged Selina Kyle/Catwoman.

The possibility of more Batman/DC characters appearing has been teased, but no one else has yet been confirmed. Unlike Marvel's Agents of S.H.I.E.L.D, the series is reportedly not intended to share continuity with any of Warner Bros current or future feature film versions of the Batman franchise.