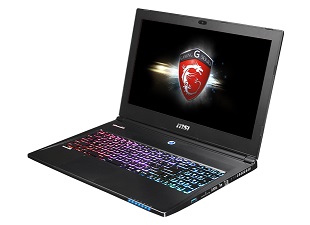 Harder, better, faster, stronger. The immortal words of Daft Punk were made to describe laptops of all shapes and purposes (except for harder...well, sort of. I dunno, just humor me, and go with this analogy, ok?)

MSI certainly seems to think so, as it's cramming as much tech into an Ultrabook chassis as one can muster. The new GS60 "Ghost Pro" laptop is only 0.8-inches thick, and weighs under 4.4 pounds, but the internal specs are pretty impressive.

No, $1,999 isn't cheap, but if you need a gaming laptop that's easy on the back without skimping on horsepower, MSI is your best bet...until Razer's new Blade model starts shipping within the month.