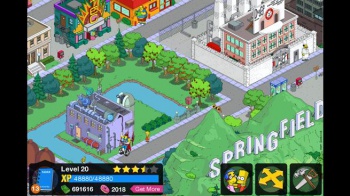 130 million customers can't be wrong, especially not when they bring $500 million to the table.

EA's coming to the end of a stellar fiscal 2014 with $4.02 billion in non-GAAP revenue for the year, exceeding forecasts by a significant margin. Around 40% of games on both new consoles, EA claims, come from its stables, and it has six more on the way, including a new Frostbite 3 game that may, or may not, be a new IP. EA's saying nothing about that one until E3. But, says EA, digital is where the money is: about 45% of its total revenue, or $1.8 billion in non-GAAP, came from digital sales, exceeding guidance by nearly $100 million.

Where did that digital cash come from? A lot of it came from extra content and PC free-to-play, but mobile's the real winner, with revenue up 21% over the previous year. EA now has something in the region of 130 million mobile customers, worth $500 million to its bottom line, and EA Mobile Studios is already preparing "exciting new experiences from our major brands this year," according to CEO Andrew Wilson.

Here's something to make you think about the future: $111 million of EA's digital revenue came from smartphone and tablet games, while $112 million came from full game downloads. In other words, you folks out there who digitally bought into Titanfall and the like contributed about as much to EA's bottom line as the ones who bought Simpsons: Tapped Out doughnuts.

Speaking of the future, EA expects great things from the next financial year. Digital should generate $2.1 billion, with mobile revenue increasing by at least 20% over 2014, and EA expects more than 50% of its total earnings to come from digital. Of course, that's if it meets expectations. If it exceeds them again, Wilson and his colleagues will be over the digital moon.