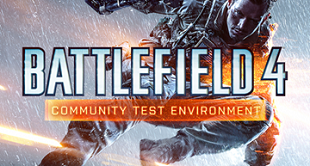 The CTE will be open to BF4 Premium players, and will use a game client and Battlelog separate from the retail game.

Update: The Community Test Environment is officially official. Check out DICE's blog post on the CTE, where there's instructions on how to sign up.

Original Story: EA and DICE are launching a "Community Test Environment" for Battlefield 4, in an effort to get more direct feedback from as many players as possible.

The CTE is launching tomorrow, May 8th, and it will initially be available to BF4 Premium members only. It will only be available to PC players, and it's not clear if it will be expanded to console versions of the game as well.

Once signed up, participants will download a second, separate game client -- different from the retail game client -- which will serve as a beta test platform of sorts. The first priority for the CTE, according to the email I was shown by a source to remain anonymous, is Battlefield 4's netcode.

From the aforementioned email: "Among the first things we will work on is the 'Netcode,' which is what the player experiences with the game world including player-to-player interactions like damage registration. This involves tweaking to the 'tickrate' servers and networking in general."

Given the rocky state of Battlefield 4 since its launch (although the playing experience over the last few months has been markedly improved), it's not surprising to see DICE launching such an initiative. If DICE can gather player feedback early and often, it should make for a smoother update rollout process in the coming months.

I was able to log into the Community Test Environment Battlelog page -- I'll stop short of posting the link since it's not properly live -- and grabbed a screenshot of what you should expect (seen below). The CTE page looks like the Battlelog you're used to, but with content tiles showing CTE-specific information.

Talk of a beta/test version of BF4 has been happening since late last year, as seen on Reddit.

We reached out to EA for comment, and we will update accordingly if we hear anything back. 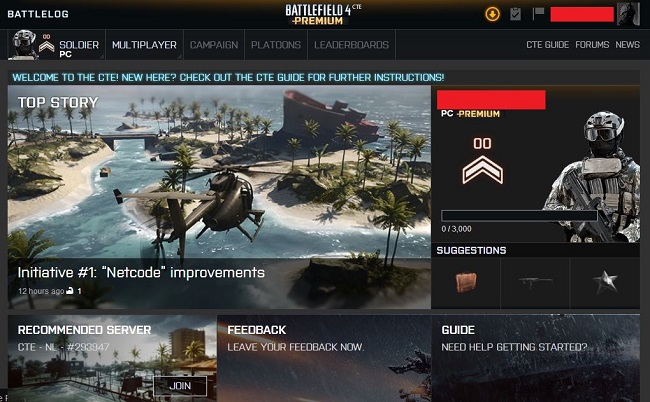