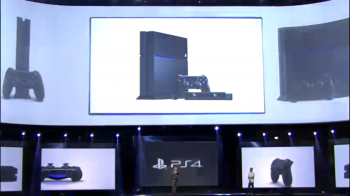 According to sources, Sony's E3 plans include a God of War 4, a new Syphon Filter, The Last Guardian , tons more and will allegedly be capped off by a teaser trailer for The Last of Us 2.

With the video game industry's biggest show, E3 (Electronic Entertainment Expo), just a month away, don't be surprised if more than a few things leak -- as is what seems to be the norm the past few years. Case in point: according to DualShockers, a source that wishes to remain anonymous has contacted the site to share what the leaker alleges to be Sony's plan for its E3 press conference. The source states that the info comes from contacts within Sony's worldwide studios, and another contact at BHH New York marketing firm that is said to be working with Sony for part of its promotion. In the rumors listed below, Sony will allegedly showcase a three-minute Uncharted in-game footage demo, show off a trailer for God of War 4, The Last Guardian "retooled" for PS4, Guerilla Games will unveil a new RPG and tons more. Now, before you read on, keep in mind that the info listed should be taken with a huge bag of salt, since some of them do sound too good to be true.

DualShockers states that they were able to confirm some of the rumors listed with a "second source," and this bit is written in bold below.

- God of War 4 teaser will be present - will be CG with snippets of in-engine footage. A little early for reveal, but is designed to offset negativity surrounding canceled new IP and generate excitement - also to partially offset CG announce of Gears of War at Microsoft presser. Late 2015. Date wont be announced.

- Kill Strain trademark is related to Syphon Filter reboot for PS4. Sony Bend working on revamping the franchise. Stealth, beautiful visuals and a possible Winter 2014 title. Bend finally getting to join the big boys.
Wipeout is also making the transition to PS4. Source is unsure of who is developing it, but hints that it could be Sony London, Evolution, or Firesprite.

- Quantic Dream has a trailer prepared - unsure whether it is penciled in for Gamescom or E3. Sony will be watching Microsoft's presser earlier in the day to gauge whether additional titles will need to be slotted in to dampen hype. Expect Dark Sorcerer- like visuals in real time. Off-topic, but still relevant - they are close to deal to become a Worldwide Studios developer, along with Ready At Dawn.

- Speaking of Ready At Dawn, The Order:1886 will get a stage demo. Big title for Fall 2014. Sony is expecting great things from said title - franchise hopes rest on its performance.

- Ninja Theory working on a PS4 exclusive - possible Heavenly Sword sequel which was shelved a number of years ago. Quite far into development.

- Sony London will be at E3. First AAA title in many years. 3rd person title. Gorgeous. They're back with a bang,

- Guerrilla Games bringing their RPG to E3. Provocative setting - very interesting. Insane visuals as usual. A good reaction to the title is expected. Will please the hardcore.

- Sony Japan Studios debuting two, maybe even three titles. Project Beast - spiritual successor to Demon Souls. The other is The Last Guardian. Retooled for PS4, possible Winter 2014 title. The Other title is shrouded in secrecy.

- Evolution will give Driveclub some time in the limelight. It's shaping up to be incredible with jaw-dropping visuals. Demo release will be timed with the press conference.

Also, the source states that the following publishers will be on stage during Sony's press conference: Ubisoft, EA, Konami, Capcom, Warner Bros., Activision, Square Enix, and possibly Take-Two (to announce a PS4 version of Grand Theft Auto V or Sony will announce it on its behalf). If that wasn't enough, allegedly, the conference will also be the place where "big titles" for PlayStation Plus' Instant Game Collection will be announced, a segment on Project Morpheus, a re-introduction of Sony's streaming service, PlayStation Now, and price drops for PS3 and PS Vita. Smaller, digital games will supposedly also be on hand, but not much. Finally, the whole shebang will purportedly be capped off with a teaser sequel for The Last of Us 2.

While I'd love nothing more than to see all these come true, there are more than a few things listed that make me suspect the list. First off, unless Sony plans to hold a press conference for three hours or more, I highly doubt they can announce everything on the list, along with the usual trumpeting of sales figures and such. Some of the "rumors," like Sucker Punch's announcement of inFamous: Second Son's DLC seem like a safe and logical move, but to be frank, some of the other stuff seem like a Sony fanboy's wet dream and nothing more. It's like a Sony fan was asked what they thought would be the best case scenario for the PS4 and here's what they came up with. So, as mentioned previously, take all these with a huge bag of salt.

Do you think the list is accurate? What would you like to see Sony announce at E3 come this June?