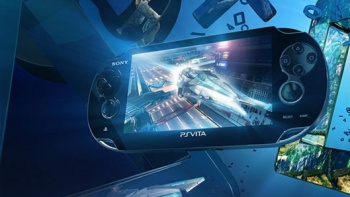 SCEA Director of Product Planning and Platform Software Innovation Don Mesa is "fighting" to get the 64GB memory card to be released outside Japan, and thinks the "economics simply don't work" with the traditional process when it comes to AAA games on PS Vita.

Over on the PlayStation Blog, SCEA (Sony Computer Entertainment America) Director of Product Planning and Platform Software Innovation, Don Mesa, answered a few fan questions on the site in light of the PS Vita 2000's recent release in the US. Mesa mentioned that he's been "fighting" to get the 64GB memory card outside of Japan. So, hopefully, this means a North America release is on its way soon.

One other user commented on how Sony's handheld needs "a few good AAA games that are actually developed by the proper studios, and not farmed out to smaller devs who can't quite capture what makes a series work on consoles," to which Mesa replied with:

The economics simply don't work with the traditional process. We have to do something different to get AAA games on Vita. We accomplished it to a certain degree by making PS4 games work on Vita via remote play. PS Now will be another way, streaming PS3 games on Vita. I can't wait until PS Now is out on Vita - I hope you'll try out the experience and let me know what you think.

With the way the Vita's been struggling, I'd have to say that I agree with Mesa' sentiments. Hopefully, PlayStation Now breathes new life into Sony's portable. Otherwise, it might fare worse than the PSP, which is not a pretty sight.

For other PlayStation news, make sure you read up on Sony's alleged plans for this year's E3, which if is true, might make it the best press conference ever.