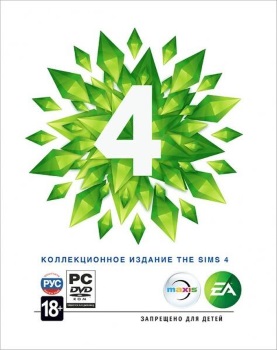 Russia has slapped an 18+ age rating on The Sims 4 because its portrayal of same-sex relationships contravenes a law protecting children from "information harmful to their health and development."

The Sims Russia Twitter account announced earlier this week that the upcoming Sims 4 has been rating "18+ (Prohibited for children)." That might seem like an odd rating for a game widely viewed as a relatively kid-friendly offering - previous Sims titles have all been rated T (Teen) by the ESRB, and The Sims 3, released in 2009, was rated just 12+ in Russia - but things in the Motherland have changed in more recent years.

A follow-up tweet clarified (via Google Translate) that the restrictive age rating "was assigned in according with the law number 436-FZ, 'On the protection of children from information harmful to their health and development.'" A quick trip to Wikipedia reveals that the law was originally passed in late 2010 to prohibit the distribution to children of material that "may elicit fear, horror or panic," or that depicts "violence, unlawful activities, substance abuse or self-harm," but was updated in 2013 to include "propaganda of non-traditional sexual relationships."

As Ars Technica pointed out, it's unclear how much of an impact this will actually have on sales, since piracy is rampant in Russia and plenty of retailers will probably just sell the game to whoever they want anyway. Regardless, it's a sad and alarming situation from a human rights perspective, but not an entirely surprising one: Russia's official stance against same-sex relationships has grown increasingly hardline over the past year, while its efforts to clamp down on dissent have ramped up dramatically as well.