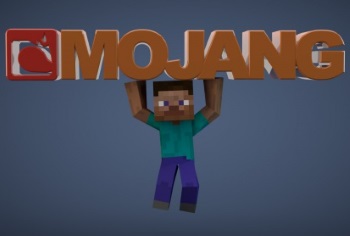 Despite what you may have read in Rolling Stone, Minecraft creator Markus "Notch" Persson says Mojang is not going to close its doors in ten years.

In a recent interview with Rolling Stone, the man behind Minecraft mused about the future of his studio, Mojang. "Hopefully, we are going to keep making money at Mojang, but if we don't, that's fine," he said. "We just have ten fun years, and then, the last year, we'd say to our employees, 'If we don't make any money this year, Mojang is going to be dead.  So you might want to look for new jobs.'"

The interview described the statement as Persson's ten-year plan if he "doesn't come up with a successor to Minecraft," which naturally led to reports that he planned to shut down Mojang if it didn't produce a comparable hit within the specified time frame. It was something of an alarming prospect for fans, since Minecraft was an utterly unpredictable monster hit and the studio's follow-up efforts haven't come close to duplicating its success; but it was also, as he explained on Twitter, not at all what he actually meant.

That article is weirdly angled. I meant we're saving money so that from the day we don't make a profit, we'll survive another ten years.— Markus Persson (@notch) May 9, 2014

"The article is weirdly angled. I meant we're saving money so that from the day we don't make a profit, we'll survive another ten years. And I don't see how we'd stop making money any time soon at the rate things are going," he wrote on Twitter. "So basically, we've got money saved up to have ten more years to come up with a new project, without making a single cent in that time."

And to clarify, Mojang is still making plenty of money: Persson said in the interview that Scrolls is making "peanuts" compared to Minecraft but is profitable nonetheless, and the Minecraft machine itself shows no sign of slowing down.