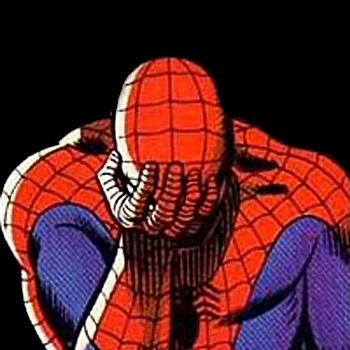 Hollywood entertainment writers have their first big "underdog story" of Summer 2014 early, as modest-budget R-rated comedy Neighbors shocked box-office prognosticators with a huge #1 opening that has analysts projecting a possible $50 million opening weekend - the biggest of star Seth Rogen's career and a potential starmaking-moment for Disney Channel graduate Zac Efron. But the more visible feather in Neighbors' cap, as headlines go, will be its "defeat" of The Amazing Spider-Man 2, which got knocked down to the #2 spot with a steeper-than-expected tumble of nearly 72% (Friday to Friday) and 59% overall.

That's excellent news for Universal, which reportedly spent only $18 million to produce what's now looking like a $100 million+ comedy hit in Neighbors, but grim tidings for Sony Pictures. The troubled studio bet big on the Spidey-sequel, abandoning it's original "reboot" plans for a lower-budget, relationship-focused franchise for a $200 million+ blockbuster intended lay the groundwork for an entire universe of sequels and spin-offs a'la Disney/Marvel's Avengers franchise; but a soft opening, poor reviews and now weak-looking legs have them revising domestic expectations down to around $225 million - over $30 million less than the much cheaper first installment earned.

The international box-office, meanwhile, was kind to both films. ASM2 has been out for almost a month in some overseas markets and is widely expected to reach the $755 million worldwide total require to begin turning a profit - though investors can't be happy that it likely won't do significantly better business than its predecessor. Further large drops are expected over the next two weeks, as the film will begin losing prime screen space to fellow PG-13 actioners Godzilla and X-Men: Days of Future Past.