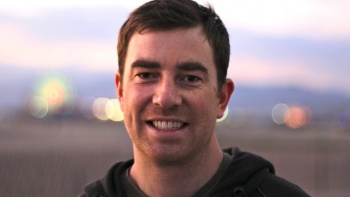 Modern Warfare 3 and Need for Speed: Rivals writer, Will Staples, has been tapped to write the script for Tom Cruise's Mission Impossible 5.

According to The Hollywood Reporter, Call of Duty: Modern Warfare 3 writer Will Staples is set to pen the script for the fifth entry in the Mission: Impossible film franchise. Staples is taking over for screewriter Drew Pearce (Iron Man 3), who was replaced following Christopher McQuarrie's (Jack Reacher)involvement to direct the film. While Staples' projects has been mostly around video games (Need for Speed script writer), he has also written Myth for Fox, King of Heists starring Jeremy Renner, and is also attached to pen Ben Affleck's Blood & Treasure.

With the 2011 release of Mission Impossible: Ghost Protocol, the film saw actor Tom Cruise team up with Jeremy Renner (The Avengers) that proved to be a massive success by not only pumping new life into the franchise, but also managed to gross $694.7 million worldwide It's sequel, Mission: Impossible 5, will once again star Tom Cruise as super agent Ethan Hunt, and Simon Pegg as Benji Dunn; but there's still no word yet whether Renner will return to reprise his role.

Should we expect an appearance by the Call of Duty dog, then? All kidding aside, let's hope Staples knocks this one out of the park, so that it paves the way for more video game writers who want a shot in writing a Hollywood film.

Source: The Hollywood Reporter via IGN