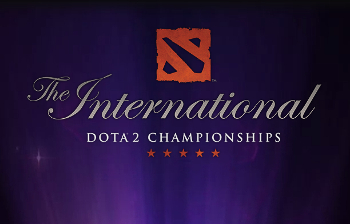 The International 2014, the Dota 2 championship, approaches $4 million in prize money.

In July, 16 Dota 2 teams will play for the biggest prize pool in esports history. The large prize pool is a result of player purchases of The Compendium, a virtual, interactive book that tracks tournament statistics and sometimes rewards player with cosmetic, in-game items. Each $10 Compendium purchase contributes $2.50 to the prize money for the Dota 2 international tournament.

Valve released the Compendium for purchase on May 9th and started the International 2014 prize pool at $1.6 million. Thanks to player purchases of Compendiums, that prize money has increased to nearly $4 million at the time of this article.

Beyond offering greater monetary prizes to the best Dota 2 players in the world this July, Valve includes a number of rewards for the community as stretch goals are reached. Players have already unlocked prizes such as a new game mode and chat emoticons, but five of the thirteen stretch goals remain. At this point, the maximum stretch goal of $6 million actually seems attainable.

The International 2014 will take place from July 18-21 at Key Arena in Seattle. Tickets to the event were sold out within an hour, but hundreds of thousands of viewers are expected to watch the tournament live, if viewership of The International 2013 is any indication.