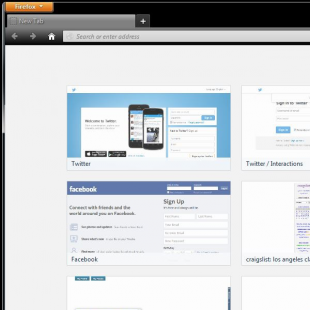 If you're a new Firefox user, expect to see ads on the New Tab page in Firefox.

Remember a few months ago when Mozilla talked about paid/pre-determined content on the Firefox New Tab page? It's totally happening, folks!

Before you go all Yosemite Sam with your Uninstall Phaser, and burn our forums to the ground, take a moment...get some water, maybe read a Calvin and Hobbes strip or two.

It sounds like this paid content strategy isn't particularly invasive, and it's aimed squarely at new Firefox users -- not veteran users who have plenty of content to fill their New Tab space already.

From the Mozilla Blog:

In the coming weeks, we'll be landing tests on our pre-release channels to see whether we can make things like the new tab page more useful, particularly for fresh installs of Firefox, where we don't yet have any recommendations to make from your history. We'll test a mix of our own sites and other useful sites on the Web. We'll mess with the layout. These tests are purely to understand what our users find helpful and what our users ignore or disable - these tests are not about revenue and none will be collected. Sponsorship would be the next stage once we are confident that we can deliver user value.

We'll experiment on Firefox across platforms, and we'll talk about what we learn before anything ships to our release users. And we'll keep listening for feedback and suggestions to make this work better for you. Because that's who we are at Mozilla.

Emphasis added. So yeah, some content that isn't from your history, but IS from Mozilla, will appear on New Tab pages that don't have user data to fill in tiles from. But it's not about the money -- yet -- and Mozilla seems pretty committed to being open about this process with its users.

And, frankly, if ads do end up on my New Tab page? So long as those ads aren't mining data from my devices or my preferences, and shooting said data into the cloud? I'm cool with what's next. Be patient, Internet, and temper that legendary emotion engine of yours.