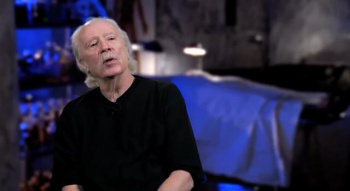 While film director John Carpenter is more commonly known for helming movie classics such as Halloween, Escape from New York and The Thing, the legendary filmmaker has been outspoken regarding his love for the video game medium, too. Speaking to Esquire, Carpenter explains how he caught the "video game bug" from his son.

My son, growing up, got into video games and I got addicted along with him. He left and went off on his own and I kept playing. They're just so much fun. So I've kept abreast of everything over the years. I have four systems here in the house. The old Xbox and the new Xbox and the old PlayStation and the new one. So I play all the new games. I'm not a big fantasy gamer, like Skyrim kind of games where you have to buy stuff and talk to people. I don't know, I like to shoot things.

The interviewer then asks Carpenter if he's a "first-person shooter kind of guy," to which the 66-year old director replies with, "I love first-person shooters." When asked what his favorite FPS is, Carpenter mentions that it's "Borderlands 2," and how "There's no better game on the face of the earth." Certainly a bold claim but hey, a man's entitled to his own opinion.

Just last year, Carpenter named his top six video games of 2013, and yes, Borderlands 2 is in the list with other notable "core" games. What do you make of Carpenter's genre preference? Are you surprised he likes the first-person shooters more than horror games?