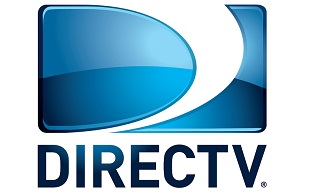 Update: The report has been confirmed, as AT&T made its $48.5 billion acquisition bid for DirecTV official. The deal has a total value of over $67 billion, a figure that factors in debt owned by DirecTV.

AT&T expects the deal to take about one year to complete, as it sells off minority stakes in other TV/satellite companies abroad, and goes through what should be a lengthy approval process with the federal government.

One of the strange, but important clauses in the deal? If DirecTV loses NFL Sunday Ticket before the deal is complete, AT&T can opt out of the deal entirely. DirecTV has been the sole provider for Sunday Ticket for years (thanks to a $1 billion per year agreement with the NFL), but contract talks have stalled, which prompted the clause for AT&T.

You can be sure to hear plenty from the likes of Al Franken on this move as the months go by, and we'll keep you posted as the government approval process rolls on.

Original Story: Bloomberg is reporting that AT&T and DirecTV are in "advanced talks" about the former buying the latter for $50 billion.

If the acquisition goes through, and is approved by federal regulators, AT&T would widen its TV footprint in the US dramatically (on top of its 5.7 million U-Verse TV subscribers), and it would also gain a larger percentage of international TV subscribers. While AT&T owns minority stakes in several Latin America TV providers, they don't offer service outright.

But getting this purchase by regulators will be no small feat. The deal will likely be met with the same scrutiny as the proposed Comcast-Time Warner Cable merger. And let's not forget about AT&T's botched purchase of T-Mobile in 2011.

The merger would allow for more bundling by AT&T. Right now, DirecTV offers no Internet access plan -- they closest they've ever really come to that in the past is a partner with Verizon. If DirectTV comes under the AT&T umbrella, a U-Verse Internet + DirecTV package would be the likely scenario.