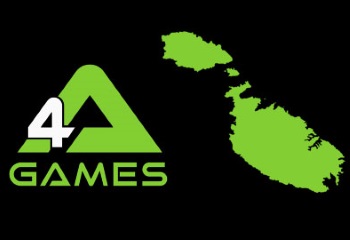 4A Games is relocating its headquarters from Ukraine to Malta as it continues to work on new projects in the Metro universe.

4A Games, the developer of Metro 2033 and Metro: Last Light, has announced an expansion of its operations to Malta, which will actually become the studio's new headquarters. The studio in Kiev, Ukraine will continue to operate but "key members," including co-founder and Creative Director Andrew Prokhorov and Chief Technical Officer Oles Shishkovstov, will relocate to the Malta office.

"This marks the start of a new chapter for 4A Games," Prokhorov said. "We are proud of our achievements as a young studio, and humbled by the response to our output so far. The team is looking forward to this new adventure."

Moving to a nation in the European Union will enable the studio to "better compete on the international stage," CEO and Head of Business Development Dean Sharpe said. "Malta offers fantastic incentives for game development, and we are confident 4A Games will be able to attract the very best talent from Ukraine, Malta and beyond"

But it's impossible to view the move without seeing it in the context of the ongoing turmoil in Ukraine, which is currently wracked by violence as it deals with armed separatist groups and Russian military incursions. Red Buzz, a site that follows the Russian game development scene, said back in April that Russian and Ukrainian game studios were beginning to give serious thought to moving abroad to escape the instability and cited Malta as one likely destination for Ukrainian teams.

Despite the upheaval, 4A Games also reaffirmed its commitment to the future of the Metro series, saying it "continues to work on un-announced titles within the Metro universe as well as further, un-announced projects, powered by their cutting edge proprietary tech, the 4A Engine."