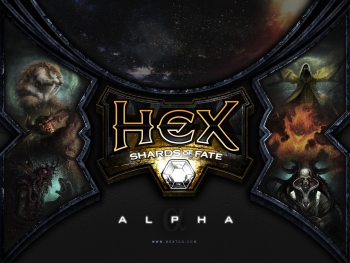 Wizards of the Coast has filed a lawsuit for copyright infringement against Cryptozoic, alleging that the Kickstarter success story HEX MMO is a clone of Magic: The Gathering.

Wizards of the Coast announced today that it has filed a lawsuit against Cryptozoic Entertainment and Hex Entertainment for copyright and patent infringement. The lawsuit alleges that Cryptozoic's HEX: Shards of Fate collectible card game MMO willfully infringes on its Magic: The Gathering intellectual property rights.

Here's the press release from Wizards of the Coast:

Today Wizards of the Coast LLC, a subsidiary of Hasbro, Inc. (NASDAQ: HAS), filed a lawsuit in the United States District Court for the Western District of Washington against Cryptozoic Entertainment, LLC and its alter ego, Hex Entertainment, LLC (collectively, "Cryptozoic"), for willful infringement of intellectual property rights.

"Hasbro and Wizards of the Coast vigorously protect our intellectual property. This infringement suit against Cryptozoic demonstrates that while we appreciate a robust and thriving trading card game industry, we will not permit the misappropriation of our intellectual property" said Barbara Finigan, Senior Vice President and General Counsel of Hasbro. "We attempted to resolve this issue, but Cryptozoic was unwilling to settle the matter."

The complete lawsuit describes HEX as "a nearly identical game to Magic." The lawsuit cites a post on Threshold: The Hex Podcast that lays out the similarities between Hex and Magic. A chart in the lawsuit summarizes all the similarities between the two games, including the number of starting life, the win conditions, tapping cards to activate actions, five types of spell and creature colors, analogous card types, identical turn structure, and many other similarities.

Cryptozoic Entertainment raised over $2.2 million dollars on Kickstarter for HEX: Shards of Fate. The campaign ended at 759% of its $30,000 goal, making it ones of the most funded video game Kickstarters. HEX: Shards of Fate is currently in closed beta. Cryptozoic is known for publishing original and licensed board games and card games, such as the World of Warcraft trading card game, The Walking Dead board game, and several board games and a comic book for the web comic Penny Arcade.

Cryptozoic did not immediately respond to a request for comment.