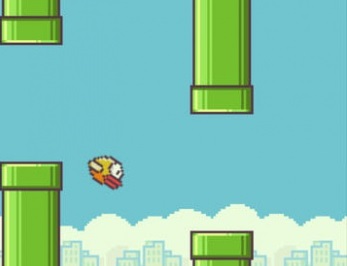 Flappy Bird creator Dong Nguyen says the game is coming back in August, and this time players won't have to flap alone.

I played Flappy Bird for about 30 seconds before deciding it was idiotic and deleting it, so it goes without saying that I cannot begin to grasp the game's runaway popularity. I was equally confused by Dong Nguyen's decision to pull it from the App Store, giving up as much as $50,000 a day in revenues, although I certainly don't hold it against him.

But now it seems that the game is gearing up for a return. "Flappy Bird's Dong Nguyen: Flappy Bird is coming back," Kelly Evans of CNBC tweeted earlier today. "Multiplayer. August." CNBC Senior Talent Producer Donna Burton added in a separate tweet that the new game will be "less addictive," although she didn't get into how it will manage that particular trick.

It's not an entirely surprising development but less addictive or not, will Flappy Bird have the same impact a second time around? I have a feeling that its moment has passed, and that even with the addition of multiplayer (which I don't think many players were clamoring for in the first place), the re-release will be greeted with idle curiosity and little else.