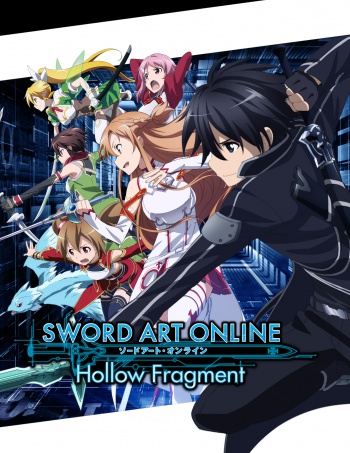 Bandai Namco announced the PS Vita game Sword Art Online: Hollow Fragment, based on the light novel series and anime series Sword Art Online, will launch in both Europe and Australia this July.

In April the company announced Hollow Fragment will launch in North America "this summer," around the same time the second season of the anime begins.

Sword Art Online is a trapped-in-a-game world. Much like the novels, anime, and manga, the game takes place in a virtual reality world where the game's creator has trapped the players inside. In order to escape, players must continue to fight monsters and climb upwards, and if the players die in the game, they die in real life.

In a prepared statement, Herve Hoerdt, vice president of IP Strategy at Bandai Namco Games Europe, said of the game's release, "Adding such a strong license to our portfolio in Europe and Australia is an honor for us. Fans were looking forward to enjoying this game; we listened to them. Our close collaboration with Sony allows us to release more and more niche games; Sword Art Online: Hollow Fragment is the result of this successful partnership!"

Games based on anime will occasionally make it over to North America and Europe, but they're not companies' biggest sellers. More niche games will make select groups of people very happy, though. Sword Art Online fans will be the ones mainly picking up this title.