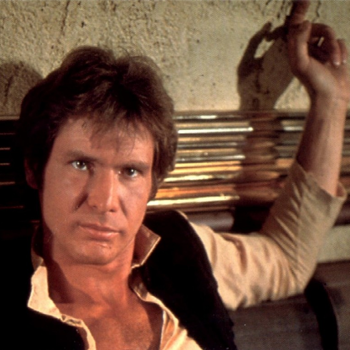 Is the unrevised version of The Holy Trilogy finally coming home in high-definition?

Geek news-site Bleeding Cool is claiming to have "intercepted" an internal email from Disney marketing that claims the new owners of Star Wars are planning to answer one of fandom's most prominent prayers: Releasing remastered Blu-ray versions of the Original Trilogy as they were originally produced - without any of the alterations or updates made by George Lucas for the Special Editions.

While Lucas remained adamant from the beginning that he had no intention of making the original versions of the films available ever again, he's no longer the one who gets to make that decision: When Disney bought Lucasfilm, they also bought total control over the entirety of its intellectual property; and the eventuality of seeing The Trilogy in proper form again was one of the first new possibilities fans began speculating on when the Disney deal was announced last year.

In addition, Bleeding Cool also reports a secondary rumor that even they cast serious doubt on: That Disney (and, one assumes, Lucasfilm's newly-appointed Official Story Group) is considering removing the Prequel Trilogy from "official" canon and relegating it to the "Legends" imprint along with the recently "decanonized" Extended Universe material. The rumor does not specify what would be accomplished by this, other than allowing the opportunity for new films to provide new "official" backstory to the Star Wars Universe.

There has, thus far, been no response from Disney to BC's report.