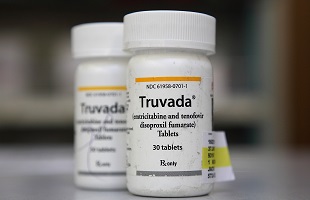 Truvada and other "PrEP" medicine can reduce the risk of infection by up to 92 percent.

If new medication is put in the hands of the right people, HIV could soon be a thing of the past in the United States.

The CDC (Center for Disease Control) is backing an aggressive new campaign about PrEP, or Pre-exposure prophylaxis, medication. This new regiment can be taken by HIV-negative men and women, effectively acting as preventive care.

In up to 92 percent of recorded cases, those on PrEP medication who came in contact with HIV were not infected by the virus. In a country that sees 50,000 or so new cases of HIV infection every year, that success rate could see to thousands of lives saved, or changed.

Truvada is the most popular PrEP-type drug, but it's expensive -- $13,000 a year if you're taking it every day. But Truvada is covered by most insurance plans, according to The Verge.

The drug's existence is only half the battle, as doctors and government officials alike need time and resources to widely integrate PrEP medication into treatment plans, health campaigns, and the like. Also, as with any medication, there are side effects, including liver problems, and lactic acidosis.