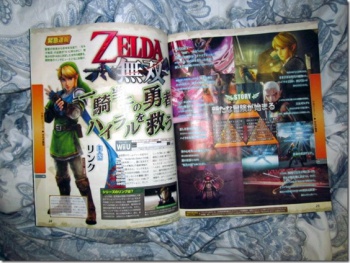 Earlier in the year, Nintendo unveiled a new Zelda title for the Wii U: Zelda: Hyrule Warriors. Granted, it may have not been the Zelda main series entry fans were hoping for, but it still looked like a fun little Dynasty Warriors-style spin-off. At the time, we were told that it would release some time in 2014, and now, it looks like it has an official release date (at least for Japan). Hyrule Warriors will launch exclusively for the Wii U on August 14.

Despite its impending release date, details on the game are actually pretty sparse. We know only what we've seen in the original reveal trailer, as well as the fact that it will be developed by Tecmo Koei - the team behind the Dynasty Warriors series.

The August 14 date was also specifically for the Japanese version of the game, but given that this game was revealed in English during a Nintendo direct, we can assume that an English port is indeed in the works. Hopefully, it will still arrive before the end of the year.

This game should tie over Zelda fans until Nintendo develops the real sequel they have been waiting for. It also looks sort of neat.