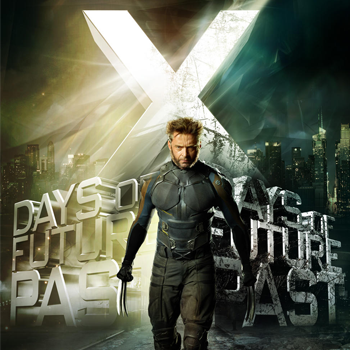 20th Century Fox bet big on X-Men: Days of Future Past, spending one of the biggest budgets in the studio's history to bring back the stars of the original series and the prequel First Class for a time-traveling relaunch of the popular but troubled Marvel franchise. That bet now seems to have paid off, as the superhero sequel is now expected to earn upwards of $100 million over the Memorial Day weekend; potentially usurping Captain America: The Winter Soldier as the highest-opening feature of the year (so far)/

Meanwhile, Warner Bros got some humbling news as last weekend's big winner, Gareth Edwards' reboot of Godzilla, is on track to drop steeper than expected - likely in the realm of 60-63%. That's the same kind of tumble Sony's Amazing Spider-Man 2 took in its second weekend, but with a lower budget and lower overall projections it won't be perceived as the same level of damaging for The King of The Monsters. Warners can also console itself with a strong third-place showing by the Adam Sandler/Drew Barrymore reunion comedy Blended, which is performing solidly within expectations.

Analysts are expecting further shakeups next weekend. Disney's ambitious Angelina Jolie star vehicle Maleficent is expected to be the box-office frontrunner - the first in what the Mouse House is hoping will be a series of live-action reworkings of their classic animated canon (Kenneth Brannagh's live-action Cinderella will bow in 2015). The wild-card is the difficult to predict performance of Seth McFarlane's R-rated western satire A Million Ways to Die in The West. The Family Guy mastermind scored a surprise smash with last year's Ted, but is also making his untested debut as a live-action leading man. Charlize Theron, Liam Neeson, Neil Patrick Harris, Amanda Seyfried and Sarah Silverman also star.