Of course, one of the new survivors in Japan-exclusive Left 4 Dead: Survivors is a Japanese schoolgirl.

Earlier in the month, Valve and Japanese arcade maker Taito announced that they would be bringing the iconic zombie shoot-em-up - Left 4 Dead, to Japanese arcades. In order to appeal more to the folks of Japan, the cast of the game has been changed from Left 4 Dead 1 and 2's members to a new group that hails from Japan. Of course, since the game is still utilizing the same maps (albeit, modified versions), from the original games, which are set in the United States, the story goes that thew four new survivors are Japanese residents vacationing in America when the outbreak hits.

The new heroes, which you can check out below, are (left to right) American bartender and ex-marine Jordan Blake (presumably from one of Japan's US military bases), university student Yusuke Kudo (who has a very "baseball player" look about him), half-American, half-Japanese tour guide Sara Kirishima and of course, high school student Hirose Haruka. 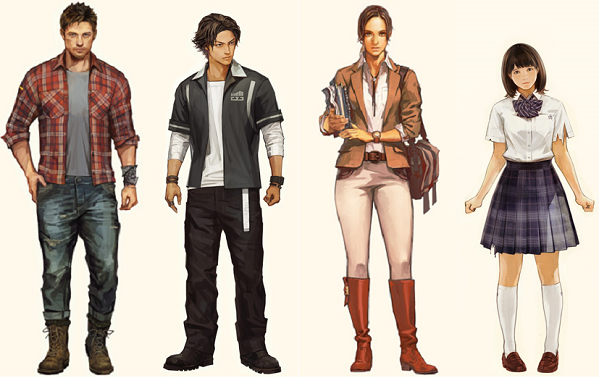 The cast is certainly a lot younger than we're used to, but given that Japanese gamers often prefer stories about young people growing up, it makes sense.

The Square Enix and Valve collaboration will hit Japanese arcades next weekend, though there's no word on if it will ever make it back to the US.