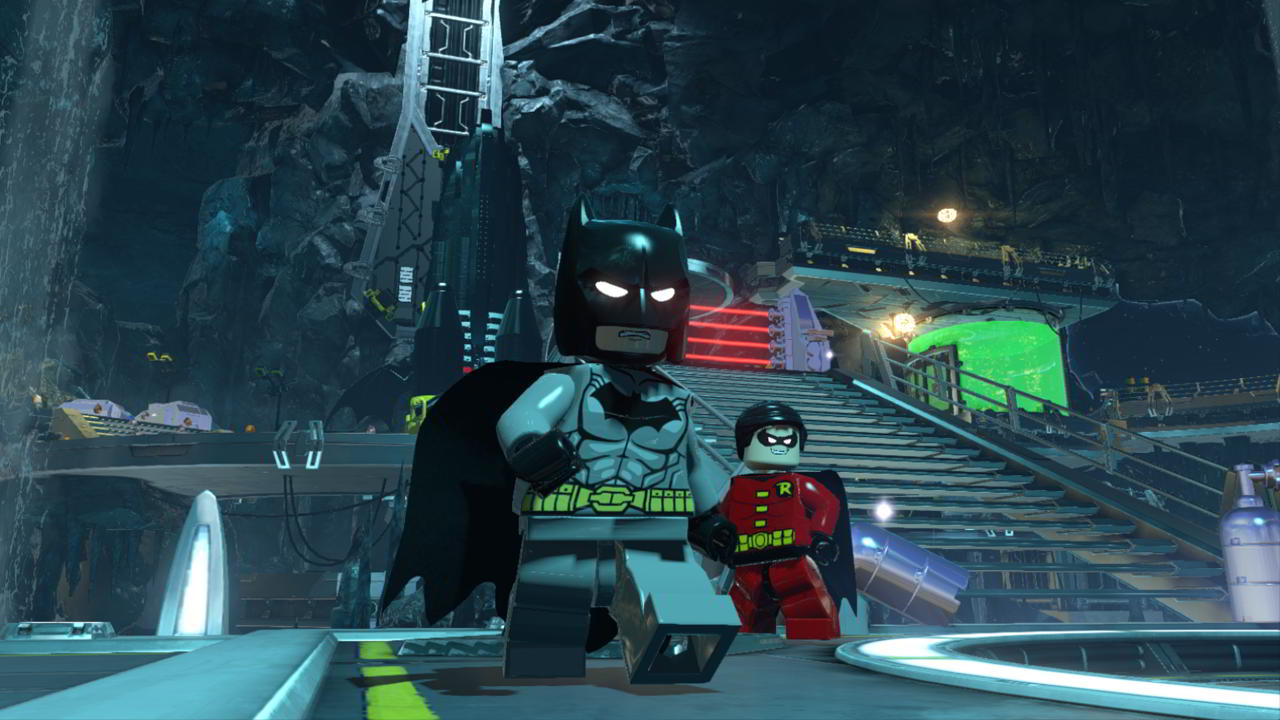 The new Lego Batman picks up where the last game left off, with the Dynamic Duo and the Justice League teaming up with the Legion of Doom to take on Brainiac.

E3 is approaching which means more game announcements, and reveals, and trailers, and screenshots. Which brings us to the latest news from Warner Bros Interactive and TT Games that they are working on a new Lego game: Lego Batman 3: Beyond Gotham. While the story line picks up after Lego Batman 2, TT Games said it will be a standalone game for all platforms.

Arthur Parsons, game director at TT Games, showed off the third level of the game at a pre-E3 event and explained that this game will go where no Lego Game has gone before. "What we're going to do throughout the course of the game is allow the player to interact and have space battles," he said. "We have all these virtual worlds that we're gonna create. Some of them might be races where you can take the Batmobile for a spin in a virtual world."

In previous games, players had to build suit signals to get new suits, but Lego Batman 3 will use a new mechanic, the gadget wheel, for all the new suits, Parsons said. "So as you progress and unlock these suits, you will be able to swap to things like Batman's all new Space Suit. These suits are going to allow you to use some of the fan-favorite mechanics, but also new mechanics."

You'll also find out that Batman isn;t to keen on the usual mode of space transportation, so he brought his own. "Batman's not too keen on the teleports, he likes his own mode of transport," Parson;s said. "So, he's got himself this very, very cool Bat-Rocket."

Parsons also explains that, even though this is a Batman game, players will get opportunities with the other superheroes as well. "Wonder Woman, Cyborg, Flash, Superman all turn up," he said. "The idea is that the player is straight away going to get into the experience of the other characters. ... Again this is something else completely new for Lego Batman 3 where we are giving players the ability to experience all the game in space as a super hero. So, we've got Flash and he'll run around and do crazy stuff."

Each hero will also have their own set of suits. "We've also got Cyborg. So, Cyborg, again has other suits at his disposal," Parsons said. "So he can do things like turn into a washing machine. Cause if you wanted to be stealthy and you were an android, what would you do? Obviously you'd turn into a washer dryer. So, you can sneak past security devices and everything else, but he can still fire his laser. He can also transform into a Lego Big Figure version of Cyborg, which gives him all the powers of Solomon Grundy, for example, or Killer Croc. So, we're really trying to push these characters, take them from where they were in Lego Batman 2 and add a whole new dimension to them."