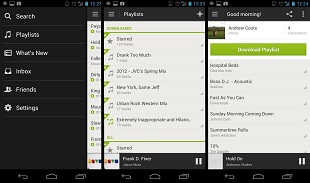 iOS and Windows Phone users seemingly unaffected by whatever security hole is present in the Android app.

Spotify is seemingly the latest company dealing with a security and data breach.

According to a post made on the streaming service's blog by CTO Oskar Stal, Spotify has "become aware of some unauthorized access to our systems and internal company data."

Stal goes on to say that only one Spotify user has been affected by this breach -- although their password and financial information was not compromised -- and that user was contacted prior to Spotify's post going up.

The breach, the details of which were not released, seems to be affecting mobile users on the Android platform only. iOS and Windows Phone users are not impacted yet, but Android users will be downloading an updated version of the Spotify app this week. This update will kill your offline playlists, so fellow Android users will be redownloading some tunes in the coming days.

If this breach expands to other platforms, we'll let you know, but iOS and WP users can breathe easy...for now.