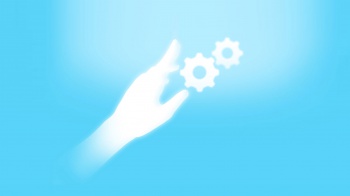 Journey developer thatgamecompany enters next stage of development for its next "emotionally engaging experience."

Thatgamecompany has raised an additional $7 million in funding for its next game through a partnership with Capital Today and a team of investors. For the first time, the developer will be self-publish, market, and distribute its game following the studio's success with flOw, Flower, and Journey.

"We had the choice of taking on a simpler project and making it easier on ourselves for our first self-published project," studio manager Sunni Pavlovic said. "But the public response from Journey a few months into development convinced us we had to keep going."

Thatgamecompany raised $5.5 million in 2012, but the company went through a lot of money working on Journey, even going bankrupt. Journey became a critical success, fortunately, eventually earning thatgamecompany a profit, and the company received hundreds of personal, emotional letters following its release.

"Since finishing Journey, the team has been hard at work to make an emotionally engaging experience centered around human connections for players of all ages and backgrounds," Pavlovic said in a blog post on the company's website.

Thatgamecompany's games are unlike most of those produced by large studios, but the studio hasn't had a difficult time finding investors. "Our investors are expecting a lot more from us than an indie developer with an artistic game, but they're also looking for something different from a typical mobile or social game studio," Pavlovic said. "I have to give our investors a lot of credit for seeing the landscape differently and believing in our vision for interactive entertainment."

No details are available concerning the company's next game. Thatgamecompany is no longer partnered with Sony and will not be restricted to PlayStation platforms, so we can expect the studio's next game to reach a larger audience.

Source: thatgamecompany via The Verge