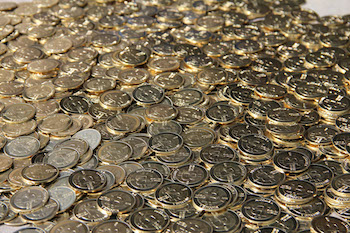 So just how enforceable would that trademark be?

Embattled Mt Gox holds some interesting trademarks - including the word Bitcoin - and its parent company is seeking to sell them off, according to anonymous sources within the parent. The asking price is ¥100 million, or about $1 million, and the trademarks are currently due to expire in 2021 in Europe, 2022 in Japan. If it proceeds, the sale will also include the bitcoins.com domain name.

The anonymous source claims that the company has "no use for them [the trademarks]," hence the sale. Tibanne, Mt Gox's parent company, has one shareholder: CEO Mark Karpales, Mt Gox's boss. It has been claimed by lawyers familiar with the bankruptcy proceedings that, if successful, Tibanne has no legal obligation to repay Mt Gox's 127,000 creditors.

Potential buyers beware: it's possible the Bitcoin trademark is unenforceable. According to the Wall Street Journal, legal experts suggest that, since the word Bitcoin was coined not by Mt Gox but by a person or entity calling itself Satoshi Nakamoto who used it in a 2008 research paper, and as the word has since become a common noun, there's no chance of claiming profit from the trademark.

In any event, when Mt Gox registered the trademarks back in 2011, it did so because it wanted to ensure nobody would profit from them. "We would like to use this opportunity to formally announce that all trademarks related to the term "Bitcoin" filed for and obtained by Tibanne K.K will be made freely available to anyone to use for whatever purpose whatsoever, whether that be for non-profit or commercial endeavours," said the company in an official statement, when the deal was originally signed.