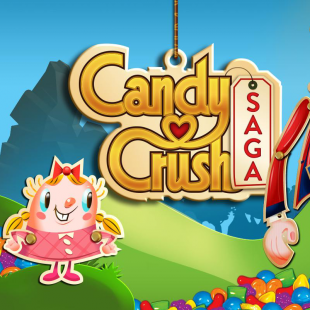 Candy Crush Saga in Q1 2014 has managed to make more money than all of Nintendo's software during the duration of the past fiscal year.

Things haven't been going well for Nintendo recently. While the 3DS has been selling well, the Wii U has continued with its habit of missing sales goals by wide margins and costing the company millions of dollars in the process. Adding insult to injury, it's been revealed that Nintendo's profit margins may be facing some competition of the candy kind.

We're talking, of course, about Candy Crush Saga which, according to recent figures, earned more money on its own than all of Nintendo during the entirety of Q1 2014. The difference gulf between the two wasn't a small one either. Whereas Nintendo ended the fiscal year reporting a $455.3 million loss, Candy Crush Saga's developers at King earned a reported $641 million in profit, two-thirds of which has been attributed to the popular puzzle game.

Granted, comparing King and Nintendo is, in many ways, unfair. King isn't beholden to selling hardware the same way that Nintendo is. Likewise, while Nintendo is in-arguably in a rough spot right now, you could probably make a strong case for Big N's stable of long running franchises being more valuable in the long run than Candy Crush Saga which, in all likelihood, will probably be supplanted by some other super-addictive gaming phenomenon down the road. That said, it's hard not to look at information like this and not feel at least some mild shock at how badly things have been going for Nintendo lately. Here's hoping the company finds a way to pull its bacon from the skillet in the near future