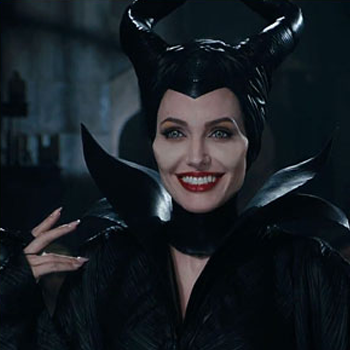 Despite mixed reviews and some concerns that certain scenes were too dark for younger audiences, Disney's Maleficent had a big $24.5 million Friday opening. Analysts are predicting the dark revisionist fairytale could fly as high as $65-$70 million.

Disney is betting that the film, which reimagines the plot of Sleeping Beauty from the perspective of its main villain (Angelina Jolie), will have legs similar to last year's Oz: The Great & Powerful, which went on to be a gargantuan international smash. It also likely hopes this bodes well for next year's live-action remake of Cinderella from Kenneth Brannagh.

Meanwhile, Seth McFarlane's cowboy spoof, A Million Ways to Die in the West, came up short and isn't expected to end the weekend above $17 million. That's a big sophomore-slump for the Family Guy creator (and a serious dent in his own viability as a leading man) after the mega-hit Ted, a sequel to which is in-production for next year. West's third-place underperformance was good news, on the other hand, for last week's big opener, X-Men: Days of Future Past; which gets to stay in the #2 spot despite a 65% drop.

Next week is expected to keep industry number-crunchers up late: The Tom Cruise sci-fi actioner Edge of Tomorrow (originally known as All You Need Is Kill) is getting good early reviews, but the YA-adaptation tearjerker The Fault in Our Stars, a romance involving teenaged cancer patients, is believed to be a potential surprise powerhouse.