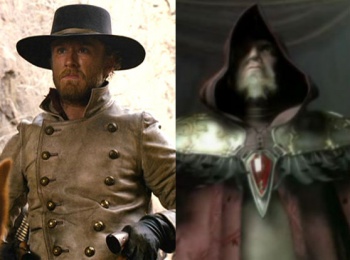 The X-men actor has revealed he will be playing the legendary Warcraft archmage Medivh.

Blizzard has been keeping a pretty tight lid on the plot details for its upcoming Duncan Jones-directed Warcraft movie, but X-men actor Ben Foster may have just given us all a little hint on what the movie will be about. "The character in Warcraft that I play is named Medivh," Foster told IGN. Anyone who's had any experience with Warcraft will no doubt have heard the name before: Medivh is the legendary human archmage who opened the Dark Portal.

"He's a mage, which is essentially a sorcerer," Foster added. "He came up in a time protecting an area, and the way he protected this area was through magic. As peace returned to this land he took a break. He hung up his staff, so to speak, or let his guns get dusty. We meet him as his friends are returning asking for his help in a battle."

From Foster's description, and if the movie does stick by the official Warcraft lore, it seems like it would take place in between Medivh's battle with the blue dragon Arcanagos and when he opens the dark portal - a time of relative peace before the first war between humans and orcs.

Foster's further comments again hint at a war, which gives further legitimacy to the theory that the movie will feature the first war.