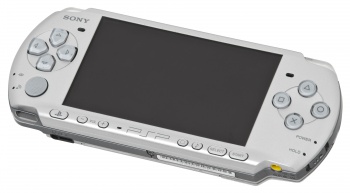 Sony's PSP shipments have already ceased in North America, and will be phased out worldwide by the end of the year.

The classic PlayStation Portable was replaced by the Vita two years ago, but internationally sales hadn't fared too badly. Even last September, two of the top 20 handheld games were PSP titles; an impressive feat a generation after its heyday. Regardless, it was only a matter of time before Sony pulled the plug, and the manufacturer has now confirmed that worldwide PSP shipments will cease later this year.

North American shipments already ended last January, but other regions continued sales for several months. Deliveries to Japan will conclude in June, while Europe will hold out for a bit longer. By the year's end however, the only place you'll find a PSP is at used gaming stores and online marketplaces.

While the last days of the PSP won't be as bittersweet as the PlayStation 2's swan song, the handheld had a good run nonetheless. First launched in 2004, the PSP went on to sell an estimated 76.3 million units, making it the ninth best-selling console of all time. The system still faced its share of difficulties: Sony had hoped to replicate the PS2's monstrous success as a movie player, but customers weren't interested in repurchasing UMD films at full price. The PSP also faced strong competition in its later years, not just from Nintendo's DS, but mobile gaming markets that Sony hadn't prepared for.

I haven't played my PSP in a few years now, but I do have many fond memories with it. Being able to experience Grand Theft Auto and Star Wars: Battlefront on lengthy bus rides was a blast, and it first showcased the remote play features that today's Vita was able to expand on. While the gaming world has certainly moved on, the PSP was still an impressive handheld unit for its time. I, for one, can't help but feel a little sad to see it go.